NEVER MISS out on the latest benefits news for military & veterans
STAY up-to-date on the military benefits and discounts
SIGN UP today for the FREE Benefits Update newsletter
Get the Benefits newsletter free!
Get Started
Home  »  Benefits   »   Tax-Free Military Retirement Pay In These States 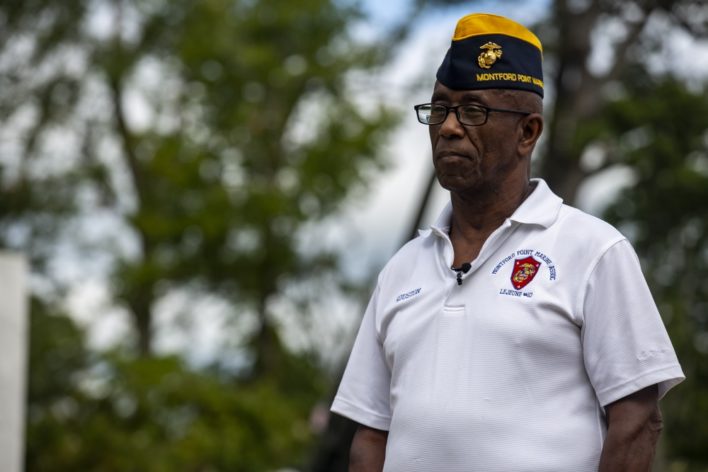 These States Are Tax-Free for Military Retirement Pay

How do you earn a military retirement check? Military members who serve a minimum time in service will qualify to draw military retirement pay. The minimum amount of active duty service to do so has traditionally been 20 years, but some choose to extend their enlistment or commission beyond “putting in their 20”.

Others may retire early due to the convenience of the government, military reduction in force programs, or because they are medically retired after an illness or injury renders them “unfit” for military duty. No matter how you earn your military pension, it may be subject to state taxes, but much depends on where you live.

There are six states that passed laws in 2022 fully or partially exempting military retirement pay from state income taxes are:

Military retirement is fully state tax-free as of 2022.

Military retirement is fully state tax-free as of 2022.

In 2022, you may claim up to $10,000 in tax-free military retirement income. There is a caveat; this is for those with gross incomes under $50k for single taxpayers and $65K for joint tax filers.

2 other states have retirement tax law changes approved earlier but delayed until 2022.

For the 2020 tax year, veterans can deduct the first $6,250 of retired pay, in addition to a deduction of 50% of the retired pay above the $6,250 mark. For the 2021 tax year, the percentage of additional deductions jumps to 75%. In 2022 and beyond, all military retired pay in Indiana is not taxed. If you need to file amended returns for the 2020 and 2021 tax years to take advantage of this rule, talk to a tax professional to learn what is possible.

In Nebraska, retired service members may exclude 100% of their military retired pay beginning on 1 January 2022. For previous tax years that have not been filed, retirees must make a one-time election to exclude portions of their military pay. There are two options:

What to Know About State Taxes and Military Retirement Pay

If you have questions about how your retirement pay is affected by state taxes or you aren’t sure how your overall income tax filing process may be affected by the new legislation mentioned here, contact a tax professional or call the Internal Revenue Service.

It should also be pointed out that the tax law rules published here are not necessarily retroactive. Some states may permit you to retroactively claim a tax break on military retirement in a previous year, but not all.

Those filing amended tax returns for previous fiscal years may or may not have access to the 2022 state income tax exemptions listed above. You can’t claim the tax break approved in 2022 for taxes in 2021, for example, unless the state law makes a specific provision for you to do so. A tax pro can help sort this out.

If you live in one of the affected states listed above you may be able to claim your exemption for 2022, but if you want to file an amended return, ask a tax professional to help you understand how past and current tax law may affect such a filing.

We mention this because some military members file taxes without fully understanding their rights and responsibilities with certain types of military pay and benefits. An amended return may be needed to claim exemptions from previous tax years if you weren’t aware of them at the time.

The federal tax exemption on pay earned while serving in a combat zone is a good example; it’s not necessarily a surprise to those who have earned this exclusion, but in some cases, the benefit could be overlooked at tax time; an amended return could help you claim that benefit depending on current tax law. Is a similar benefit offered at the state level? If so and you didn’t claim it in previous years an amended return may be worth looking into.

States with No Income Tax

Tax-Free Military Retirement in These States

States that do not tax military retirement pay include:

Remember, tax laws change frequently and what is permitted in the current tax season may not be permitted in following years depending on changes in the law.